The Hundertwasser House represents for me a sort of legend. I remember to have seen a picture of it when I was just a kid. That picture made me dream not only of a different type of building but of a different lifestyle: a Barbapapa type of community where people could build their world together and in harmony with nature. 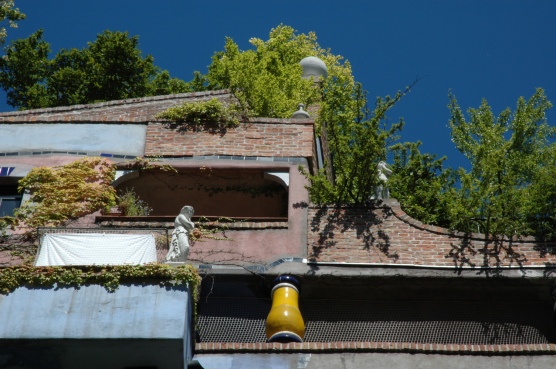 In my years spent in Venice as student in architecture at IUAV (Istituto Universitario di Architettura di Venezia) from 1993 to 2000 I never heard of this building: it was never mentioned, it did not exist. When I decided to visit Vienna during the summer of 2013 it was nevertheless on top of my list. So during a hot summer afternoon when temperatures reached 36 degrees I ventured in search of the Hundertwasserhaus. I was walking along Löwengasse when gradually the building appeared at distance: a mirage. 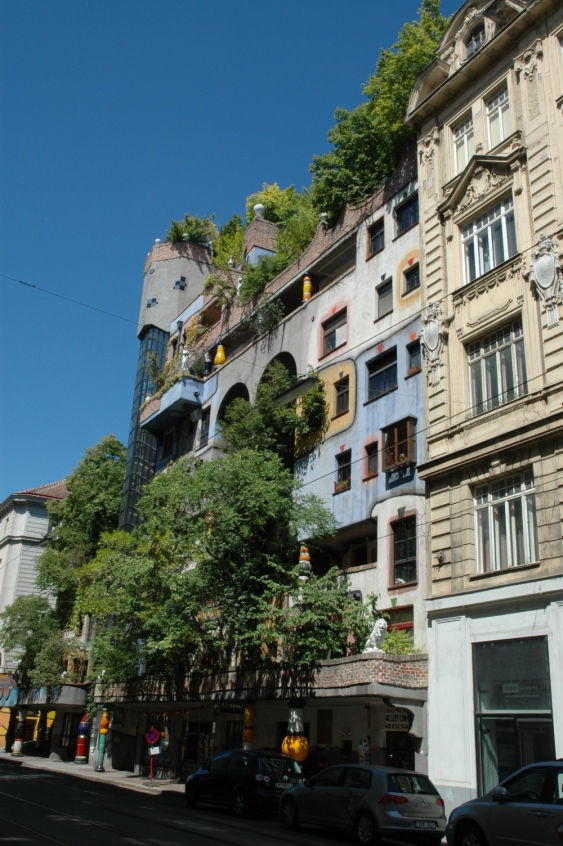 Once I got there it was like having reached an oasis, an overwhelming joy made me smile. A crowd of people was basking at the eccentric presence of the house. This eccentricity nevertheless is not a domineering one; there is a generous, caring soul in this building. It provides: shade, a place to rest and a place to be alone in the comfort of a good public space. The British architects MUF say: “Public space is the place of a lived experience of democracy”. I could see this democracy: people were free of colonizing this corner of the city in the most different ways. The undulating public space was conducive to so many different activities: seating on the top of a slope, around the fountain, on the benches. People were taking pictures, conversing, drinking coffee, sleeping, sketching, and reading. All types of activities were equally welcomed. Suddenly in the deserted streets of Vienna there was so much life. 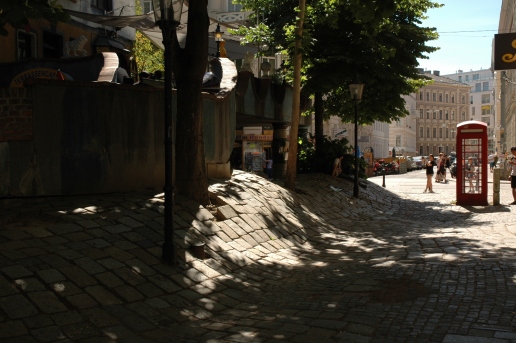 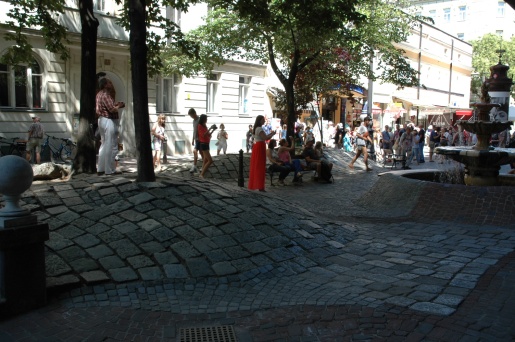 This is a building built during 1983-1985 by the will of: Friedensreich Hundertwasser. He intended this house to be primarily a conversation with nature and a way for people to express their creativity in a collective way. For instance a person was allowed to lean out of his window and to paint everything in arm’s reach. 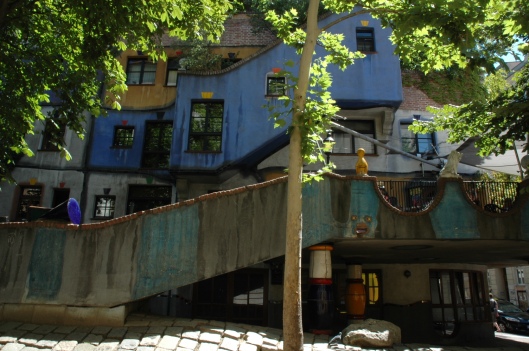 Hundertwasser said: If people can live in an environment compatible with them which they can recreate themselves instead of in an anonymous, hostile, aggressive concrete desert, they won’t want to escape at every opportunity, like from a concentration camp, either to the countryside, on holiday, or into substances which make them forget their hostile environment or drown it out. This intention seems to be still applicable today. With its 52 apartments, 4 offices, 16 private terraces and 3 communal terraces, and a total of 250 trees and bushes, The Hundertwasser House is one of Vienna’s most visited buildings and has become part of Austria’s cultural heritage. For me it is one of my highlights in Vienna.