I would like to start this blog of mine by presenting one of the most spectacular buildings that I have encountered in my life: the Seattle Central Library. I want to use the word encounter and not visit because this building has got loads of personality so to me it was like encountering an old friend which I kept on visiting it several times during my two weeks spent in Seattle. Designed by OMA and opened to the public 2004 Seattle Central Library became immediately a landmark and a major public place for the city. What makes this building so special is its strong connection with the rest of the city and the ability to welcome all kind of people. The sculptural big mass of the building is able to create niches and micro cosmos at ground level capable of sheltering pedestrians, inducing people to slow down, take a seat, and eventually entering the Library.

Once inside the outside world seems to flow in with you. More than a building it feels like a gigantic tent where different functions are stacked at different levels and then seamlessly flow into one another thanks to multiple physical and visual connections. The atmosphere is informal the light soothing, despite being a “glass” buildings it maintains the beauty of the shadows, dark corners, and some odd mysterious places which are only partly revealed to the public . 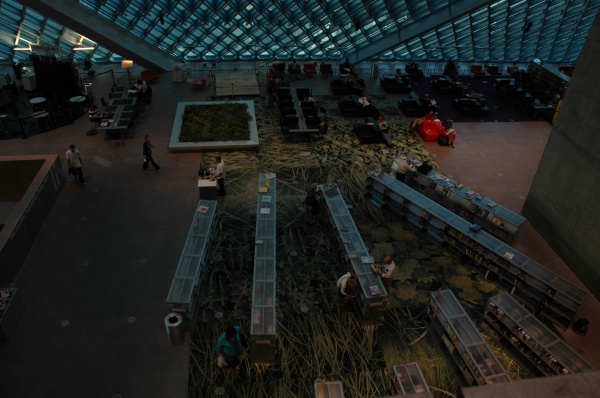 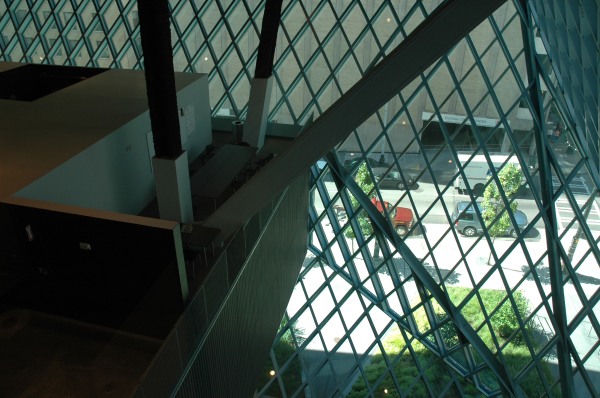 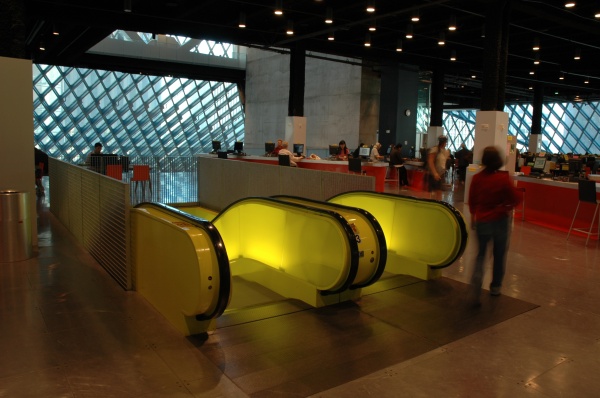 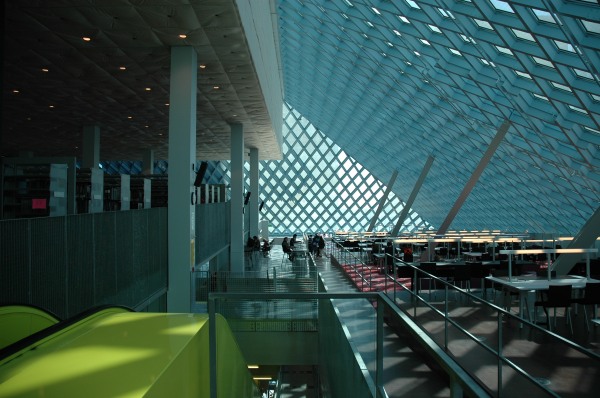 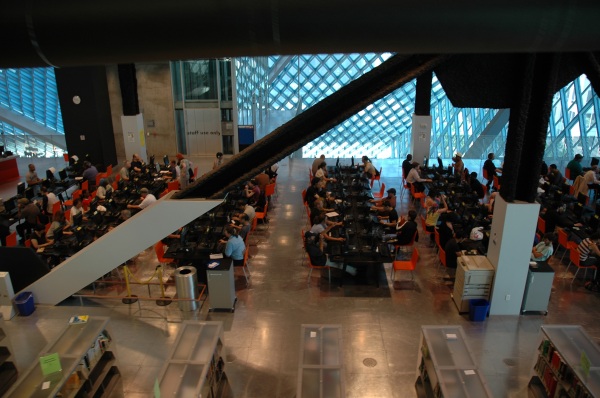 It seems that there is a place for everyone inside this big space. This is truly a civic space more than a building.